ARE YOUR GUMS BLEEDING?—CAUSES EXPLAINED 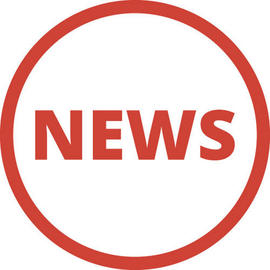 If you saw blood on your toothbrush or in the sink after you rinsed your mouth with water, it is time to schedule a dentist appointment at the Affordable Dentistry of South Florida. Most people, notice blood after brushing their teeth, but do not take any action to prevent it from happening next time. This makes the bleeding gum situation worse over time. If your gums regularly show signs of bleeding, visit your local dentist to understand the reason for your bleeding gums. Out of the six reasons mentioned here, one of these might point to you:

The formation of plaque and cavity might signal the growth of bacteria on your gums and teeth, resulting in your gums becoming inflamed. When you visit your Affordable Dentistry of South Florida, they will tell you that you have gingivitis.

Gingivitis causes no pain and has no symptoms to indicate that you have it. The only way to tell that you might have a case of gingivitis is when you notice spots of blood on your toothbrush or floss. If you do not treat it in time, the dentist might diagnose you with gum disease.

If you are a smoker, you are already at a higher risk to experience bleeding gums than a non-smoker. When you inhale smoke, it will irritate your gums and stain your teeth. You should either minimize the number of times you smoke in a day, or the best solution would be to quit smoking altogether.

If your diet consists of eating sugary and starchy snacks, bleeding gums are around the corner. You need to start eating healthy snacks such as veggies and fruits. If you keep up with your unhealthy eating habits, you will not only have to schedule a dentist appointment at the Affordable Dentistry of South Florida but will also have to visit your physician.

People who do not brush their teeth after eating meals or before going to bed will cause their gums to become inflamed and bleed. It is pertinent that they brush their teeth regularly, floss after meals, and visit their dentist to schedule teeth cleaning. Never forget to brush and floss your teeth after eating your main meals of the day, as you do not want blood coming out of your gums.

Anyone who has been experiencing bleeding gums should visit their local dentist to understand the cause and reason behind the condition. You shouldn’t think of bleeding gums as a minor problem, which will go away with time because it won’t. Instead, it will lead to bigger problems for your teeth.